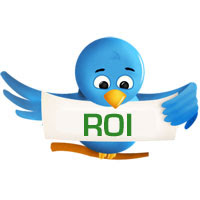 Twitter has launched a new site known as ¡°Twitter for Business¡±. The site looks like an expanded version of Twitter 101; an online business guide which was launched back in July of 2009. The site, which is available at /business.twitter.com, opens up its previously limited advertising products and lets anyone put in a request to buy ads on the service. At the same time, it also represents a significant step for the company in terms of offering a formal and organized set of products for the business community.

Out of the many new additions, the most noteworthy is a Start Advertising form that lets anyone contact Twitter with an interest in advertising on the site.

Twitter¡¯s ad products ¡ª Promoted Accounts, Promoted Tweets, and Promoted Trends ¡ª have previously been limited to a small group of test advertisers. And Twitter has been especially cautious in rolling out those products widely across its platform. This move signals that Twitter is ready to take another step in opening up its ad products to a wider group of advertisers. Noteworthy form fields include one that asks for an estimated budget, and one that asks how soon you want to start advertising; choices include 1-4 weeks, 1-3 months, and 3+ months.

Also of note is the inclusion of Twitter¡¯s first official reveal of its analytics dashboard, which the company says provides ¡°in-depth insight into both paid and unpaid activity on Twitter.¡±

Overall, the new Twitter for Business is an impressive marketing addition. While the company has generally been somewhat guarded about its business-related services, this signifies a more serious approach to its advertising capabilities. It¡¯s also a message to detractors who¡¯ve always criticized Twitter for not having a business plan.