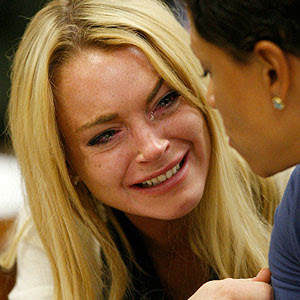 Over the past few months I have been bombarded with news reports about Lindsay Lohan¡¯s substance abuse-prison-rehab escapades. What happened to the freckled-face kid who played the role of twins in the movie Parent Trap and just when did this haggard looking starlet take her place?Lohan¡¯s list of addictions is eerily long, from cocaine, alcohol to e-mail and Twitter and I cannot help but wryly commend her decision to opt for rehab. (Yes, I know its being seen as a gimmick to evade jail-time!) But to give the girl some credit, she got a chance at de-addiction and she grabbed it, whatever may be the reason. I don¡¯t think every addict is as fortunate, well, latest research on substance abuse in USA certainly doesn¡¯t indicate so.According to statistics provided by Healthy People 2010, a US Department of Health and Human Services initiative, about 100,000 deaths in the United States are related to alcohol consumption while another 12,000 deaths are related to illicit drug abuse and resultant AIDS.Scary, isn¡¯t it! Even as the thoughts of keeping my kids away from drugs and booze ran through my head, I realized even though we may not be able to save the Lindsays of the world from substance abuse, each one of us can make a difference where it matters. Just like Drug Enforcement Administration Agent Enrique Camarena did. 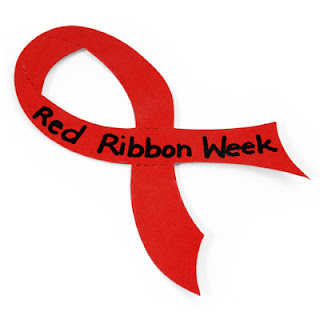 In 1985 Camarena, a young, upright DEA agent working undercover in Mexico for investigating an illegal drug cartel was murdered by drug lords. A few years earlier, when his mother had dissuaded him from joining the DEA he had reportedly told her, ¡°I am only one person, but I want to make a difference.¡± After his death, he became a motivation for many coalition groups crusading against alcohol and drug abuse who wore red badges of satin as an ode to him. The movement is now known as the Red Ribbon Week which is commemorated from October 23 to 31 every year.

Are you a responsible American who wants a drug and alcohol free home, school, office, neighborhood, community etc? Then spread the message of healthy, drug and alcohol-free living, this Red Ribbon Week.

Spread the Red ribbon cheer ¨C
Hand out Red Ribbon items as personalized gifts. Flexible key-tags, awareness car magnets, awareness bracelets, all imprinted with ¡®Break away from booze – no more drug abuse¡¯ messages will bind your near and dear ones to the cause.

Ensure that the cheer resonates beyond a week ¨C
Make the week so memorable that the Red Ribbon cause gets entrenched as a moral value. For example custom calendars which speak about substance abuse, effects and remedies on every page won¡¯t leave your employees¡¯ desks, and the message won¡¯t leave their minds either.

Do your bit as a humanitarian –
Visit your nearest alcohol or drug rehab center and carry along gifts like promotional calendars with motivational quotes, promotional t-shirts with Red Ribbon Week slogans imprinted on them. After all substance abuse can be cured only with medication, it needs a regular dosage of care and acceptance as well.

Over a month back Lindsay Lohan tweeted¡­

“Substance abuse is a disease, which unfortunately doesn’t go away over night. I am working hard to overcome it and am taking positive steps.”

It is time we took positive steps too; to be the change we want.

To view a large variety of awareness products for business promotion, please visit our website at www.promodirect.com